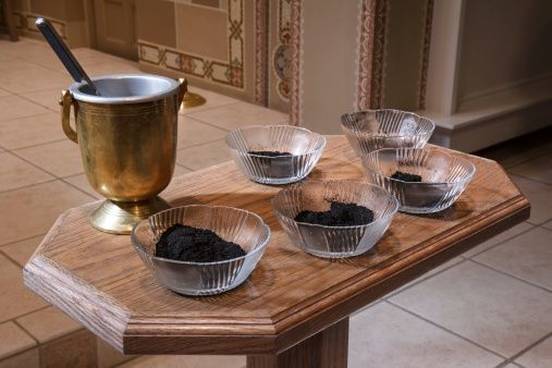 Lent traces back to Old English with the meaning of "springtime." In the Christian church, the word refers to a period of spiritual preparation for Easter, a feast that commemorates Jesus' resurrection. In Western churches, it begins on Ash Wednesday, six and one half weeks before Easter, and is, traditionally, a time of penance and of a 40-day fast (excluding Sundays); the duration of the fast is patterned on Jesus' praying and fasting in the wilderness (or desert). In Eastern churches, it begins eight weeks before Easter, and both Saturdays and Sundays are excluded as fast days.?

In addition to penance and fasting, the devout often choose to give up certain pleasures, such as sweets or weekend binge-watching, as a way of remembering the suffering of Jesus.?If you see that forgoing something is beginning to put a person in a bad mood, find or make them a Jack-a-Lent (originally, a Jack of Lent), a stuffed puppet traditionally set up as a target to be pelted for fun during Lent and destroyed on Easter Day. It might be a good diversion.

Thou, that when last thou wert put out of Service, / Travelled'st to Hampstead-heath on an Ash-We'nesday, / Where thou didst stand?six Weeks the Jack of Lent, / For Boys to hurl three throws a penny at thee, / To make thee a Purse.
— Ben Jonson, A Tale of a Tub, 1640 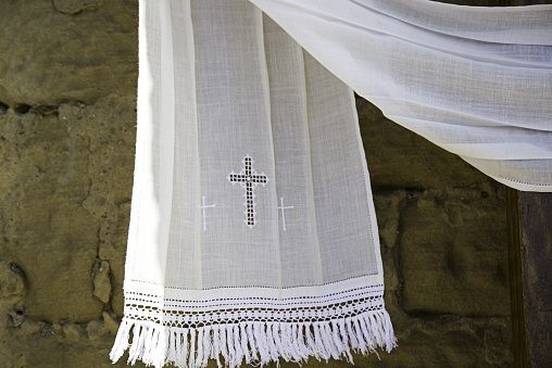 The Pre-Lent season is three Sundays long. The Sundays are designated Septuagesima, Sexagesima, and Quinquagesima, and their names indicate, approximately, a period of 70, 60, or 50 days before Easter Sunday. The following is your Latin lesson for the day.

The Latin suffix -ēsimus (also -ensimus) forms the ordinal numbers in Latin from twenty to a thousand. Septuagesima is the name for the third Sunday before Lent and begins the preparatory period for the penitential season; it derives from the feminine of Latin septuagesimus, meaning "seventieth," and is ultimately from septuaginta, "seventy." Sexagesima refers to the second Sunday before Lent and the eighth before Easter; the word derives from the feminine of Latin sexagesimus, meaning "sixtieth." In Latin, quinquaginta means "fifty," and Quinquagesima is used for the Sunday before Lent or the seventh before Easter.?

In addition to these Sundays, there is Quadragesima, which can refer to the first Sunday in Lent as well as to the entire period of Lent. It derives from Latin quadraginta, meaning "forty." Ember days follow Quadragesima Sunday. Ember Day is used as a term for the Wednesday, Friday, or Saturday after the first Sunday in Lent that is set apart for fasting and prayer. Ember derives from the Old English word ymbrene, meaning "circuit" or "anniversary."

Shepherd observes: … it is to be regretted that one or other of the forms is not more generally read on the Wednesday and Friday in the Ember-week, in such of our Parish Churches as have Service on these days. Whether they were intended to be read every day in the Ember-weeks, or only on every Ember-day in the week, is a question that has not universally been answered in the same way.
— William Henry Pinnock, The Laws and Usages of the Church and Clergy, Volume 6, 1863 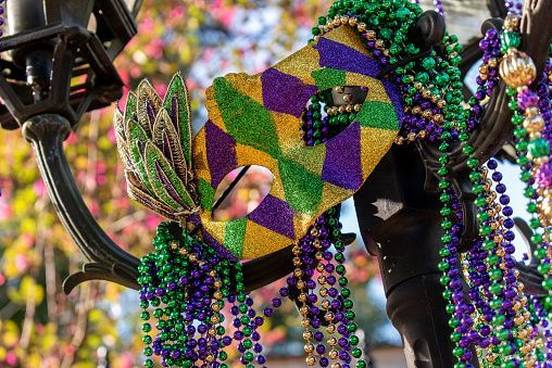 Mardi Gras is French for "Fat Tuesday." In the United States, it is best known as the New Orleans celebration of carnival that leads up to Ash Wednesday, the beginning of Lent and fasting.?Incidentally, carnival is from Italian carnevale, meaning literally "removal of meat."

Mardi Gras is also known as Shrove Tuesday from the practice of going to confession during the Lenten season; shrove is from shrive, an archaic verb meaning "to confess one's sins especially to a priest." In the past, it was customary for households to consume as much of the foods that would be forbidden during Lent, such as meat, eggs, and dairy products, as Ash Wednesday approached. A popular food that was made for consumption was the pancake, which led to the name Pancake Day for Fat Tuesday. 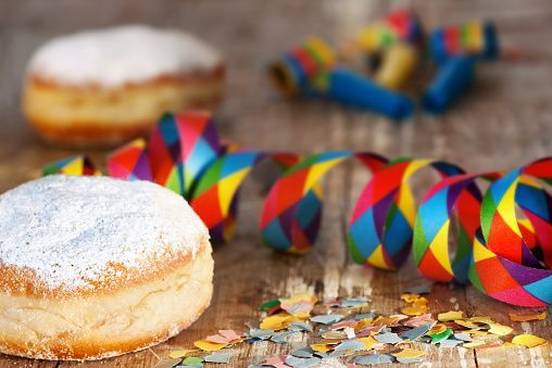 Fastnacht (also fasnacht) refers to both a festival held on Shrove Tuesday and to a doughnut made of yeast-leavened dough traditionally eaten on that day. The doughnut's name is a shortening of Pennsylvania German fasnachtkuche, which translates literally as "Shrove Tuesday cake." Fastnacht ultimately comes from Old High German fasta, meaning "fast," and naht, meaning "night." In some British dialects, Shrove Tuesday might be referred to as Fasten's E'en ("the eve of fasting") or Guttide.

Maundy Thursday, or Holy Thursday, is the Thursday before Easter and includes ceremonies that recall the events before Jesus' crucifixion and resurrection, such as Jesus' washing the feet of his disciples and the sharing of the Last Supper with them. Maundy ultimately comes from the Latin word meaning "mandate" or "command": mandatum. The word was chosen as a name for the holy day because of Jesus' commandment to his disciples after washing their feet at the Last Supper, "A new commandment I give unto you, that ye love one another" (John 13:34).

Another name for this day is Sheer Thursday, derived from Middle English Scherethursday, which is based on schere, meaning "purged of sin or guilt." Sheer then alludes to the practice of confessing one's sins on Maundy Thursday. 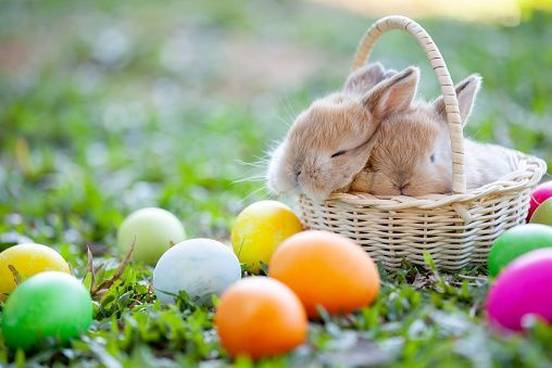 Easter (in Late Latin and Greek, Pascha) is a major festival of the Christian church that celebrates the resurrection of Jesus on the third day after his crucifixion. The exact origins of its name are a mystery, but it is related to such words as Old High German ōstarun ("Easter") and Old English ēast ("east").

Some suggest that Easter is from the name of a pagan spring festival or goddess of spring and the dawn, but such theories are unsubstantiated.